There is a growing consensus among dating coaches that modern American women have developed unrealistic dating standards, the most well known among these experts is the recently deceased Kevin Samuels. Samuels was a well-known speaker and commentator on themes connected to dating, relationships, and gender dynamics. Before his death in May 2022 he created a lot of videos on his YouTube channel and written essays on these themes, and built a reputation for presenting thought-provoking and often provocative opinions that challenged popular relationship advice given to men and women.

One of the things that Kevin Samuels talked about at length was his conviction that modern women have unrealistic dating standards. According to Samuels, many women today are pushing men to unreasonably high standards when it comes to dating and relationships, and this is generating problems for both men and women that lead to unhappiness.

In general, it is not constructive or healthy to hold others to unreasonably high standards or to expect perfection from them. Doing so can lead to disappointment and frustration, and can make it more difficult to develop fulfilling and lasting relationships. It is crucial for both men and women to talk openly and honestly with their partners, and to be respectful and accepting of each other’s needs and boundaries.

In his podcast Samuels pointed to a number of things that he believes contribute to modern women forming unrealistic attitudes about dating. One of these is the spread of online dating, which has given women access to a wide pool of potential partners, many of whom may be more attractive or accomplished than they could hope to meet in their ordinary lives. According to Samuels, this has caused women to be more picky and less ready to compromise when looking for a spouse since they mistakenly believe that all men on dating apps want to date or marry them.

Many women don’t recognize that a man’s attention doesn’t necessarily mean he wants a long-term commitment. Samuels often notes that men categorize women in the dating market differently than women do, with men generally having low expectations for women they are ready to sow their oats with, or have short-term personal relationships with, but high standards for women they want to marry and have children with. Samuels claims that most modern women cannot distinguish between men who want sex and those who seek long-term relationships, therefore they choose men based on their looks and riches rather than their intentions. This frequently results in women having out of wedlock children with morally dubious men who make poor fathers and may abandon the woman, which then makes it even harder for her to attract a higher quality man due to the majority of men’s reluctance to date single mothers, as explained in a previous Millennial Gentleman article.

Samuels also criticized women who hold males to greater standards of attractiveness than they do themselves. He often interviewed overweight women who don’t care about their own beauty standards and yet believe they deserve a handsome man who will marry and commit to them. When Samuels asks what the women have to offer a handsome man, the women frequently state that they can offer him sex. Samuels often points out that more attractive women can also offer sex to these men, and when he asks if the women can cook, sew, or raise children, they often admit they do not have these skills. It is crucial to note that the ability to cook, sew, and repair clothing can be beneficial and practical for anyone, but high-value men desire their wives to have these skills and almost always expect their future wife to be proficient at them. Highly desired men chased by women can be selective and frequently are, so women without these traditional wife skills are at a disadvantage to those who possess them.

Through the interviews on his podcast Samuels helped many women realize they have little to offer a high-value man in a relationship, which is why they were unable to get one to commit to them long-term and are instead treated as a short-term sexual companion by a revolving door of men. Intelligent women who learned from his podcast adjusted their behavior and learned to develop the skillset and qualities that would allow them to attract the kind of man they desired.

Why do so many modern women misunderstand what men want in a long term relationship? The big problem, according to Samuels, is that popular culture fosters erroneous beliefs about relationships and gender roles. Romantic comedies and reality dating shows might offer women unrealistic expectations of a mate or what qualities that most men desire in a woman. Romantic comedies and reality dating shows often romanticize and idealize relationships between men and women, placing them in unrealistic situations. These shows and movies can set inaccurate expectations about relationships and dating and what people should look for in a spouse. Romantic comedies show characters falling in love easy and finding their perfect mate with little effort. This may make people think finding love should be easy and that they should anticipate they can always date and marry a ‘perfect companion’. Reality dating shows, on the other hand, often portray relationships as a competition for one person’s attention and that it is normal for a woman to constantly be courted by several high quality men even if she is rude and obnoxious. This might make people set unreasonable expectations about what they should search for in a partner. We should always remember that media depictions of relationships and dating are often stylized and do not reflect real-life relationships. People should be conscious of these biases and not let media portrayals shape their relationship expectations.

Another common thing that modern women often do not understand is the availability of tall, athletic and high income earning men in the dating pool. There are large numbers of women who mistakenly believe these kinds of men are in abundance when in reality they are a rarity. Samuels frequently points out these men are chased after by women and can therefore pick the most desirable women to date and marry, and are unlikely to settle down with a woman who is not herself very attractive. As evidence for this claim Samuels points to US Census demographic data that reveals how rare these kind of men are. Some have even created an application called the Female Delusion Calculator to make it easier for people to see how unrealistic these standards are.

Another common misconception women have developed is that their personal education levels and financial success entitles them to date a man with equal or greater achievements. Samuels points out that the majority of men do not care about these qualities in a woman, as they are seeking a wife and mother to their children, not an employee, business partner or rival. It is primarily women who are concerned with the social status of their partners, not men. Highly educated women or women who earn a lot of money make it unnecessarily harder for themselves to find love by requiring their partners to be more successful than themselves and disqualifying men of lower education and earnings.

According to Samuels, these unreasonable dating norms cause many issues. They may make it harder for many males to find spouses in America since they may not meet many women’s impossible standards. This might make guys feel insecure and disillusioned with dating. Likewise, Samuels believes these unreasonable ideals hurt women, as they may miss out on meeting good men who don’t meet all their standards if they’re overly choosy. This may make women feel lonely and give up on seeking a companion rather than to re-assess their mate selection criteria.

Samuels’ solution to these problems is that he thinks men and women should be more realistic and open-minded about dating and relationships. This requires compromise and acceptance of human fallibility. It also means being more open to other people and relationships, taking risks, and trying new things. Women should also look at relationships from the perspective of a man and try to develop the qualities that high value men desire in a woman as this will greatly increase her chances of attracting marriage proposals from such a man.

Unrealistic dating expectations hurts men and women. We can all have happier relationships by being more open-minded and realistic about what we want in a mate. 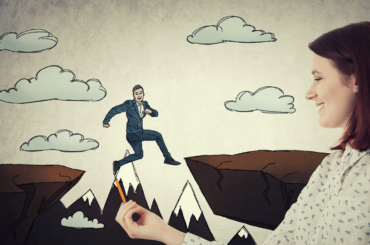 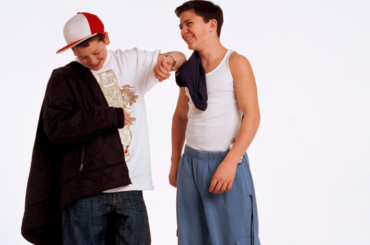